Ayurveda is a comprehensive system of healing with elite therapies and countless remedies for treating everything related to humanity. This extensive science of life is categorized into 8 different branches and is jointly known as Ashtang Ayurveda.   Ayurveda is the only science that treats every human being as a unique individual with exceptional physical and mental set up. It does not recommend the same medicine for different persons and takes the principle of the popular adage that says, ‘One man’s food is another man’s poison’. All the credit goes to Ayurveda for introducing separate branches for surgery, aphrodisiacs and pediatrics as a part of the universal system of medicine. The 8 imperative branches of Ayurveda are:

1. Kayachikitsa (Agni Treatment) or Internal Medicine: The Ayurvedic treatment based on digestive fire known as ‘Agni’ is defined as Kayachikitsa. This branch deals with general medication mainly due to improper functioning of the digestive fire, which is solely responsible for transforming food into the essential elements of energy for the human body.  It takes care of treating many health disorders related to Agni like diarrhea, fever, anemia, nausea and few other general health conditions that mainly occur when there’s a change in an individual’s way of living.

2. Balaroga chikitsa (Child Disease Treatment) or Pediatrics: This branch is also known as Kumaraya Bhritya, deals with the treatment of diseases of children including pregnancy and childbirth. Generally the Ayurvedic medicines according to this branch are not very powerful and low doses are recommended to protect the health mechanism of children.  An extensive range of sickness issues related to children are treated and Ayurveda always recommends quality breast-feeding (without any germs in breast milk) for the complete growth of children.

3. Graharoga chikitsa or Psychiatry: Ancient people trusted that their life was often being affected by Grahas (bhoot) means ‘demons or devils’. This branch deals with treating the psychological problems like psychosis, epilepsy, lunacy and other mental disorders due to the influence of ghosts, evil spirits etc.

4. Urdhvanga Roga chikitsa (Treatment of Disease in Head and Neck) This part specially handles the prediction, diagnosis, prevention and treatment of diseases in the upper part of the body like head and neck. Eyes, ears, nose, throat, head, teeth and mouth related health conditions are treated with an unique tool known as Shalaka, for which this branch of Ayurveda is also known as Shalakaya Tantra.

5. Shalyaroga chikitsa (Treatment of disease caused by a foreign body) Shalyaroga chikitsa can also be called as the surgical science that has been healing human race for thousands of years together.  This branch of Ayurvedic healing was of great use during the wartimes where the warriors were affected by foreign bodies like swords, arrows and other such sharp weapons. It also deals with diseases caused by external sources that need surgical treatment. Piles, urinary stones, abdominal damages, cataract, fistula and accidents are also treated through this system. The ancient physician ‘Sushruta’ is still remembered for his expertise in this field and is celebrated as the father of plastic surgery.

6. Damstra Roga Chikitsa (Treatment of diseases caused by poisons) This division of Ayurveda is also known as Toxicology as it treats the diseases caused by the poisonous insects, reptiles, plants, minerals, metals and certain other toxins.

7. Jara Chikitsa or Gerontology: It is also known as Rasayana for its power of revitalizing and preventing the body from the symptoms of aging. This branch provides special treatment for augmenting the quality of living along with prolonged existence. Geriatrics or Jara chikitsa suggests natural herbs, Ayurvedic oils and other natural medications to retain the texture of the skin, body’s natural shine, enhanced memory power, munificence and improved physical strength as well.

8. Vrsha Chikitsa or Aphrodisiac treatment: According to the spiritual science of Ayurveda, sex is one among the essential component of human life that enhances his health and grants him the endurance and the power to pave way for his future generations. This branch is also known as Vajikarana and it deals with the aphrodisiacs therapy for being paid with good descendants and virility, proffering remedies for contentment and delight in real sex. It washes away the problems related to infertility in men and women.

Isn’t it really amazing to hear that most of the sophisticated healing therapies of these days were in practice even before Edison threw light on this dark world?!!! This is more than enough to prove the supremacy of this age old medicinal science and its acumen in treating mankind. 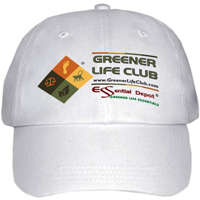